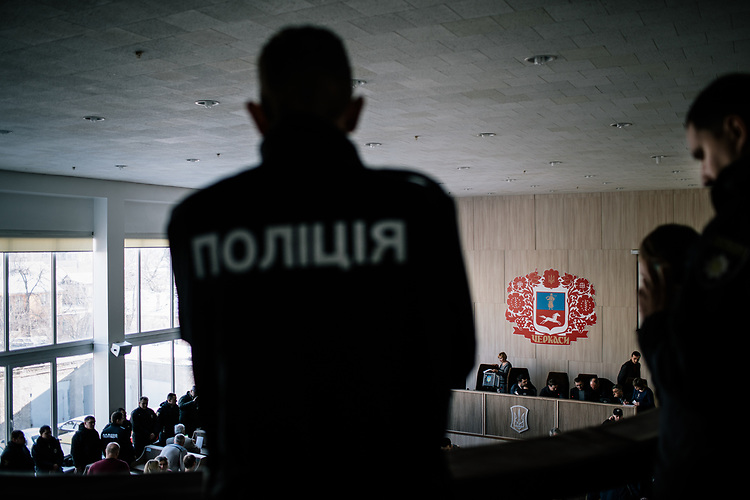 Cherkasy, Ukraine, 6 February 2018.
Local parliament's session took place under heavy police surveilliance to avoid another protest by Natsionalny Druzhyna like what happend the previous week.
Natsionalny Druzhyna (national brigades / patrols) are a volunteer branch of ultra-nationalist battalion "Azov" and of its political party "Natsionalny Korpus (national body)". Created on January 28, Druzhyna's goal is to enforce civil security in Ukrainian streets aside from national police. Its methods as well as its position toward use of violence and respect of authority of the State are still unclear. Creation of Druzhyna and its first public actions stirred controversy within civil society and public opinion.